Parenting Myths of the Bible 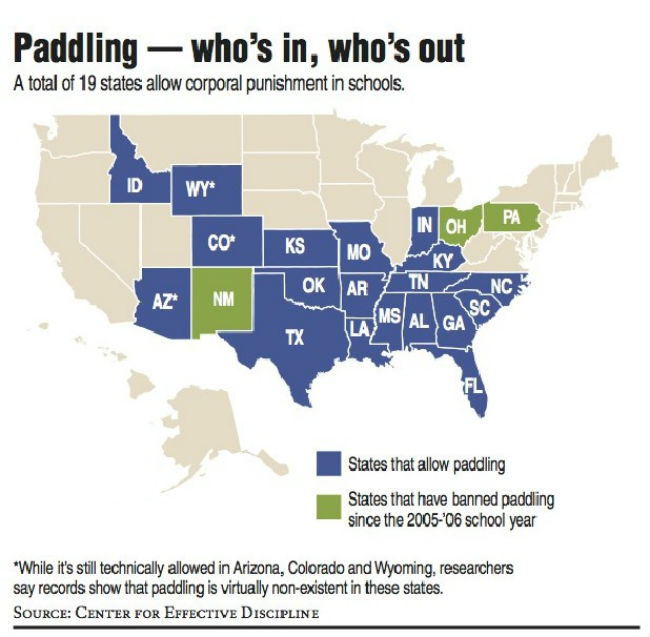 Spare the rod, spoil the child.

It’s about as Biblical as “God helps those who help themselves,” which is to say it’s not very Biblical at all. “God helps those who help themselves” comes from early Greek works.[1] So too does “Spare the rod, spoil the child” come from somewhere else, first by William Langland in the 14th century and later by Samuel Butler in the 17th century.[2] But as Christians we are quite fond in believing this comes originally from the Bible and some would argue that even if the direct quote didn’t come from there, the sentiment surely did. They usually cite one of the two sayings in Proverbs we read this morning as proof. This belief that corporeal punishment is generally useful in child-rearing has been triumphed by both Christians and non-Christians alike. I know that’s how I grew up, how my dad grew up, and how my grandfather grew up. I don’t know how far back it goes beyond that, but from the early citations quoted, it’s been common for at least 700 years. And in case you thought this idea of physical violence curbing behavior has gone the way of the dinosaur, you’ll be as shocked as I was to discover that 19 states that still allow corporeal punishment in schools.[3] But I shouldn’t be. People stick to what they know and the idea behind “Spare the rod, spoil the child” is one that’s ingrained in many of us.

For me, the concept of “time out” was completely foreign.

It was like giving a pair of chopsticks to someone who’s used a fork their whole life and then trying to convince them it works. When I married Cassie, Eve was already four years old and I remember being totally confused the first time Cassie put her in “time out.” I had to ask what that was. It wasn’t a hard concept to grasp, that a child would literally take time out from what they were doing to quietly contemplate their actions. Whether they actually DID that is up for debate, but I had never heard of “time out” as an accepted discipline before. It seemed to run counter to what I had always believed was the way you were supposed to do things. You misbehave, you got spanked. Now, in truth, I didn’t get spanked much as a kid. I got punished more as I got older and my mouth got bigger. But that was the standard in our house and it’s what I was used to, but Cassie is uber-intelligent and as always did her research on parenting techniques and told me this was how it was done nowadays. Would you believe that? But the more I thought about it, the more it made sense. Spanking might put the fear of God into a kid, but it didn’t make them understand any better why it was wrong. It’s like putting criminals in jail. Originally, the point was to rehabilitate them, but we haven’t honestly tried to do that for a long time. In America, we have a real “punishment” mindset. Do the crime, do the time. Do the crime, do the time. That’s how we think of it. Eye for an eye, tooth for a tooth. That’s why sayings like “Spare the rod, spoil the child” makes sense to us. It’s a very consequence-oriented way of looking at life. It’s no wonder we read these passages from the Bible and assume that’s what it means.

But what if that’s NOT what it meant?

We’re going to read this morning from the Gospel of Mark, chapter 10:13-16 so if you’ve got a Bible or a Bible app on your phone please find Mark 10:13-16. I’ve always struggled with the punishment mind set. Do we really want to punish people or do we just want them to get it right? Can we forgive people’s mistakes without seeking retribution? Especially when it comes to kids. Is our behavior uplifting or oppressive? Is our behavior uplifting or oppressive?

13 People were bringing little children to Jesus for him to place his hands on them, but the disciples rebuked them. 14 When Jesus saw this, he was indignant. He said to them, “Let the little children come to me, and do not hinder them, for the kingdom of God belongs to such as these. 15 Truly I tell you, anyone who will not receive the kingdom of God like a little child will never enter it.” 16 And he took the children in his arms, placed his hands on them and blessed them.

It’s easy to look at the disciples as the bad guys in this scenario.

And they are. But they’re bad guys with good intentions. They’re trying to keep the riff raff away from Jesus. You can imagine a guy who performs miracles probably is getting a lot of attention. Think the first century equivalent of Beyonce or One Direction in the first century. Maybe even bigger than the Beatles. So the disciples are like his crew, his posse, and in their heads, Jesus doesn’t have time for a bunch of little kids. He’s got more serious people to put his hands on. But then Jesus corrects them. “Let the little children come to me,” he says, “and do not hinder them, for the kingdom of God belongs to such as these.” In my head, I always get this image of the disciples being kind of surprised and this rush of children come forward to see Jesus. He said to the disciples, “Do not hinder them.” And it made me think, we’ve all probably had people who hindered us. I can think of a few right away who were the bane of my existence growing up, who made life harder. Were they good for me in the long run? No. Did they help teach me valuable life lessons? No. They just made life worse. That’s not to say I’ve never gained value from bad situations, because I have. I’ve learned something valuable from a lot of bad situations. But these hindrances were just that – hindrances. They didn’t add value to my life at all, and Jesus is warning us not to be these kinds of people; not to be stumbling blocks, especially in the lives of children. And as the people who spend the most time with them, we also have the most opportunity to be exactly that to our kids and grandkids. Sometimes, like with the disciples, with the best of intentions.

And so we come back to that saying, “Spare the rod, spoil the child.”

We learn new things about the Bible all the time.

Each successive generation reinterprets and understands the Scripture with new eyes. As our understanding of how the world works continues to expand, so too must our vision of God expand with it.   We must ever be vigilant about how we read the Word of God and to make sure that what we read is really in line with our understanding of him. We should never be complacent because so much is at stake. Especially when it comes to our children. This isn’t to condemn people who did things differently in the past. We all strive to be the best parents we can be and we go by what we believe to be the best information out there. That’s all any of us can do. But what we need to be wary of is complacency. Complacency. When we sit back and fail to open our minds to new ways of looking at things is when we do a disservice to God. Challenge yourself constantly to be better than you are in all things. And in that way we become a help instead of a hindrance to our children, our grandchildren, our nieces and nephews, and even our great-grandchildren. They learn from us the value of keeping an open mind, of being able to admit when we are wrong, and doing something about it. Those are perhaps some of the best lessons we can teach them – to have open hearts and open minds. On this Father’s Day, we should give thanks especially for our Father in Heaven who constantly keeps an open heart and an open mind about us. Regardless of our own mistakes, we can rely on him always for his grace, forgiveness, and mercy. So it is in the Father’s name today we give thanks. Amen.

← Teacups of My Youth
Pinky and the Brain Join the Church →