The Pursuit of Cool 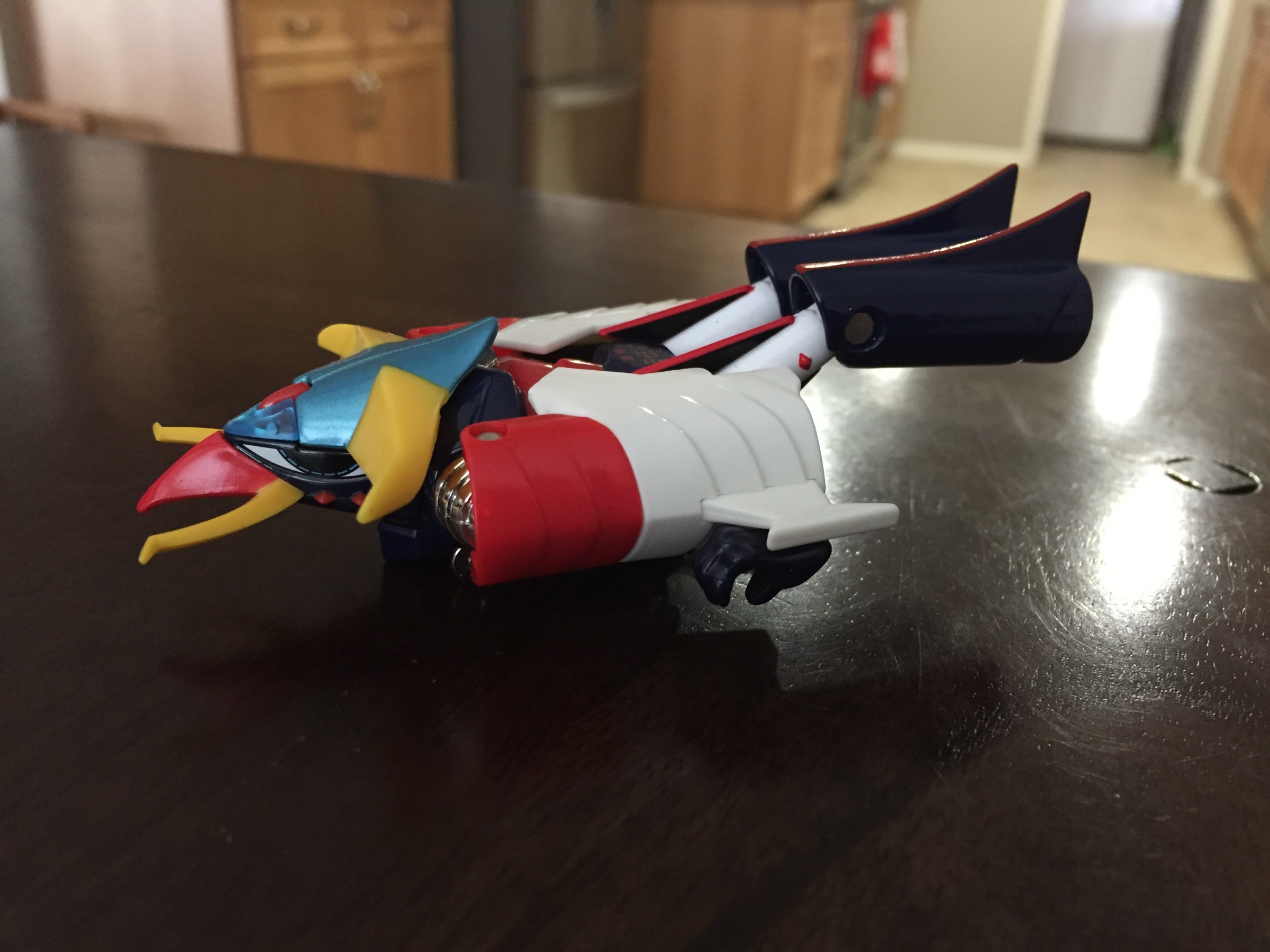 I’m 48 years old and I still love Disneyland. When I was younger, people told me that I would grow out of it – whatever “it” is – but I haven’t. I still love comic books. I still love Star Wars. And I still love LEGOs. And I’m okay with that. But I wasn’t so okay with it when I was about 13 years old. I decided I had grown too old for “kids toys” and decided to throw them all away – leave behind my childish past and embrace the future! I bundled my collection of die cast metal toys and threw them in the trash. I was so determined, I went out to the trashcan, not just the kitchen trashcan but the one outside – the BIG trashcan – and dumped them in. My sister Karen and my mom followed me and my sister PLEADED with me not to do this! She said I should give them to her instead and I turned to her and said, “They’re my toys and I can do with them what I want.” My mom, surprisingly, agreed. I wish she hadn’t. Or I wish she had snuck back out and took them out of the trash. There are times I keep hoping I’ll go to visit my parents and my mom will whip out this tattered old box of metal toys and tell me she saved them all these years, but alas no box so far. These were toys I had collected over a number of years and loved them to death. I got one for every birthday and every Christmas since the time I was five and had quite the collection. These were rare die-cast metal Japanese metal toys that today are hard to find. If you totaled the value of the toys I threw away that day, it would probably be in excess of $3000. Maybe more. Maybe the price of a small car.

I wanted to fit in.

More than that, I wanted to be cool. I wanted my peers to think well of me. And I wanted it so much that I was willing to abandon something that was a part of me for years just because I didn’t think that was something “big kids” did. But the truth is, I wanted to be accepted. And I knew that a teenager who plays with toys wasn’t acceptable. But it should be. It’s like my first day of junior high when these high school kids who were hanging around the entrance made fun of my pants. I went home crying that day and told my mom, “I have to get new pants!” She said, “But you have new pants,” and I told her, “No, mom. They have to be jeans! Levi’s jeans!” And she got them for me. I am forever grateful that she did. Forcing me to stand up to the ridicule at that age wouldn’t have made me stronger, it would have been a disaster. Instead, I learned my mom had my back and I could talk to her about anything. And I still do. But that incident should never have happened. What did those kids care what I wore? Were they hoping to be my friend but my fashion sense was just too much for them? No, the truth is they were finding ways of propping up their own low feelings of self-worth. Being only 13 at the time, I couldn’t see that. It just hurt to be made fun of. But looking back, I can see clearly that’s what they were doing, because otherwise, why would they bother to say anything? And why say it loud enough for me to hear? Because they wanted to “be cool.” Paul Grant wrote this great definition of cool. He said, “Cool is not innocent. Cool is the sunglasses we wear so people don’t see that we’re lonely, frightened or ashamed. It can alienate us from community, family and God. We’re so attuned to cool that we can hardly imagine life without it.”[1] Cool is not innocent. Cool is the sunglass we wear so people don’t see that we’re lonely, frightened or ashamed. It can alienate us from community, family, and God. Cool is also exclusionary. Cool is also exclusionary. Because for us to be cool, we have to identify those that AREN’T cool. And that’s what those kids were doing when they made fun of me. They were making themselves cool by defining me as not being cool.

But what is cool?

That definition seems to radically shift by the moment. If you have a Bible or a Bible app on your phone, please go to Matthew 23:1-12.   Matthew 23:1-12. We’re going to read this morning about a group of people who definitely thought they were cool. Everybody looked up to them, everybody came to them for advice, and they loved it! Believe it or not, it’s the Pharisees. That group of people who wanted so desperately to kill Jesus? Those were the cool kids of Judaism. They were respected. They were looked up to. People wanted to dress like them. They probably had their own Pharisee designer robes made out of the best sheep’s wool. So when this guy Jesus came around who was radically different from them, who did things his own way, and who challenged them on “being cool,” they hated him. They hated him with a passion. Not just because he was right, but because they were afraid he would strip them from their “cool” status. They wanted to be large and in charge. But with Jesus around, they couldn’t get away with it. He knew their game and even called them out on it numerous times. 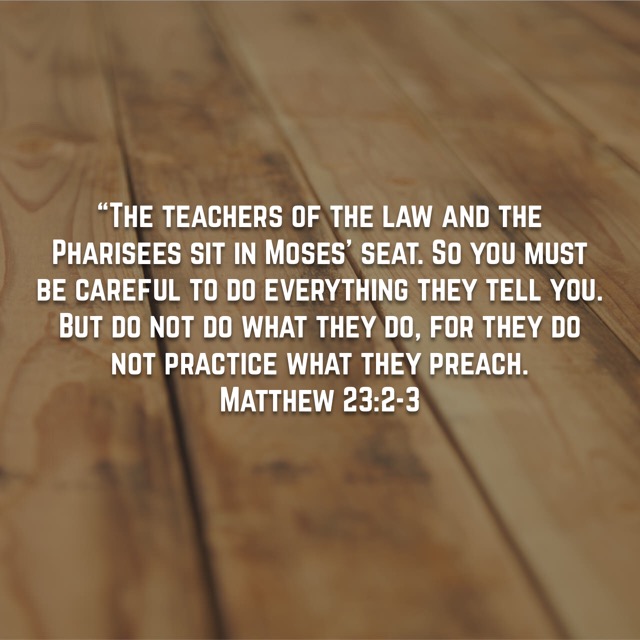 Then Jesus said to the crowds and to his disciples: 2 “The teachers of the law and the Pharisees sit in Moses’ seat. 3 So you must be careful to do everything they tell you. But do not do what they do, for they do not practice what they preach. 4 They tie up heavy, cumbersome loads and put them on other people’s shoulders, but they themselves are not willing to lift a finger to move them.

5 “Everything they do is done for people to see: They make their phylacteries wide and the tassels on their garments long; 6 they love the place of honor at banquets and the most important seats in the synagogues; 7 they love to be greeted with respect in the marketplaces and to be called ‘Rabbi’ by others.

Greatness doesn’t come from being cool.

That’s the point Jesus was trying to make. Greatness doesn’t come from being cool. Greatest comes from having the right attitude, from doing the right thing, from being the right kind of person. Accolades, cool clothes, a fancy title, having people kiss your feet, none of that matters. What matters is the type of person you are. And the Pharisees were not the right type of people. “They tie up heavy, cumbersome loads and put them on other people’s shoulders, but they themselves are not willing to lift a finger to move them.” Jesus doesn’t literally mean they are making people carry stuff around for them. It’s a metaphor for the rules and regulations they make other people live up to so they can get the Pharisees’ approval. They would weigh the people down with their judgmental attitudes and tell them how they were supposed to live even though they were violating it all the time. In public, they wore fancy clothes and loved getting the place of honor at the table, because it made them feel important. It made them feel accepted and loved. Because the Pharisees themselves had learned to rely on the world to measure their self-worth instead of God. The Pharisees had learned to rely on the world to measure their self-worth instead of God.

You don’t have to be one of the cool kids for God to love you.

He loves you anyway. What he hopes is that you can live up to be the person he made you to be. Do the right thing. Be kind. Love others. God doesn’t care one bit if you make a million dollars or one. He cares about what you do with what you have. But he loves you anyway. If you spend your life trying to be “cool” to gain acceptance, you’ll never fully achieve it. That bar slides all the time. Just think about what used to be cool. Bell-bottom jeans were cool. Then they weren’t. Then they came back. Now they’re gone again. Members Only jackets used to be cool. Now kids today don’t even know what that is. Air Jordan used to be the only shoe that made you cool and for a couple hundred bucks they should. Now it’s Dr. Dre’s Beats headphones. Come on, they’re just headphones! I’m not saying they aren’t good headphones because they are, but are they worth so much more than the next one that they have to cost that much? Probably not. “Cool” shifts, God does not. “Cool” shifts, God does not. God’s standard of cool is always the same. Love God. Love your neighbor. We will become cool on God’s level when we learn to be who God created us to be. Because THAT’S the ultimate in cool.

You’re weird, too. No offense. I think everybody is weird. None of us are exactly alike and all of us like things other people would think are strange. Like the Giants. People who like the San Francisco Giants are weird. People who like the USC Trojans are weird. People who like spam musubi with the spam on the top are weird. But I’m weird, too. Did you know that the word “weird” actually came from the Old English meaning “having the power to control destiny?” I think I like that. To me, that means being weird is having the strength to be true to the way God made you and not worrying about what others think. In that way, we do have the power to control our own destiny. I’m not saying we should never listen to others, because other people have great ideas, too. Other people might help us better refine what we think and what we believe. Other people might challenge us to grow and learn. And those are great things. But once you start worrying about being accepted by others for your differences, you should start to think if you’re in the right crowd instead of what other people think. I have to admit, in the end, I’m glad my mom let me do what I wanted. It was something I had to learn for myself. Turns out to be an expensive lesson as I am now trying to rebuild my collection, but I’m grateful for it. It helped me understand that I don’t need to care what others think as long as I’m true to the person God made me to be. So explore your weirdness. Explore what makes you unique. Be true to the person God made you. Spend time this week considering the ways you are weird and embrace them. For me? I’m a Disney-loving, comic book reading, metal toy collecting kind of dude. And I’m weird. I hope you’re okay with that. I am. And I know God is too.

← Mr. Monk and the List of Fears
Fonzie Syndrome →