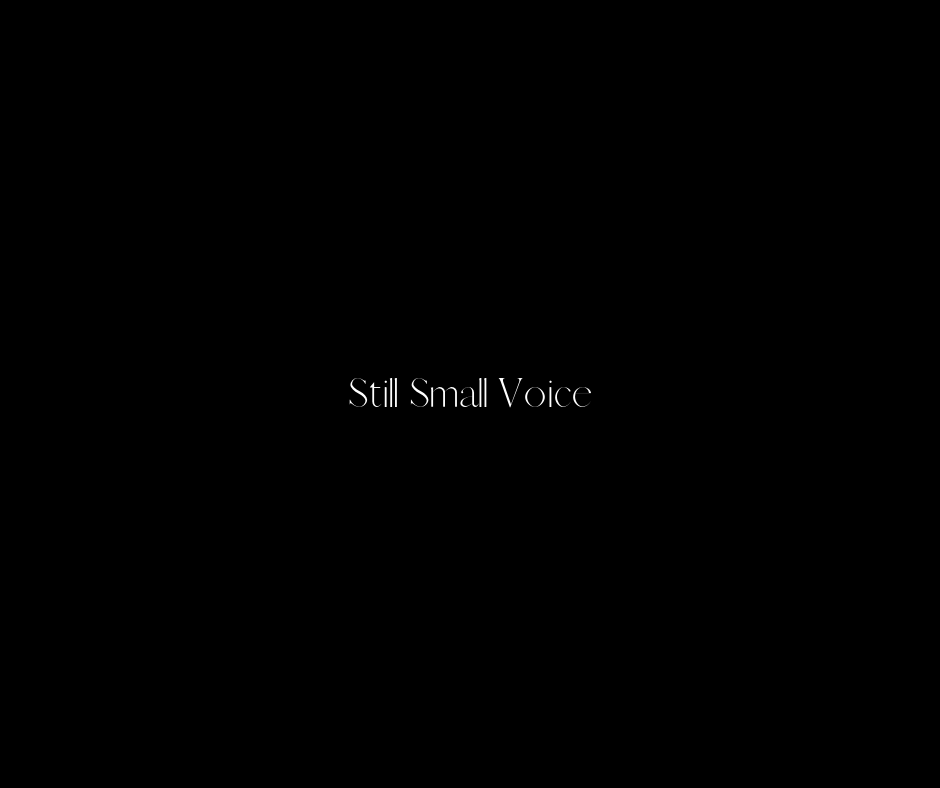 My mom once said I had the best hearing in the world.

What she actually said was I had the best “selective” hearing in the world.  If my parents were talking about something that interested me –movies, going out to dinner, Disneyland – I could hear them from behind the closed door of my room while they were on the other side of the house.  Their voices came through as clear as day and I’d come bounding out of my room all ready to go.  But when my mom asked me to come and help clean the table or take out the trash or vacuum the living room, amazingly, even though the discussion was much louder, I couldn’t hear that AT ALL.  She might even say it two or three times and I would be totally oblivious to it.  Has that ever happened to you?  Or maybe with your kids?  It’s pretty astounding what we can and can’t pick up with our ears.  I was reading an article by Seth Horowitz from the New York Times about the difference between hearing and listening and it was pretty fascinating.[1]  Did you know that we can “hear” at least 10 times faster than we can “see?”  Our ears pick up and respond to things much faster than even our eyes.  And it’s because our hearing is one of the alarm systems for the body.  It’s designed to pick up a vast volume of surrounding sounds and over the years, our brains become trained which sounds are important to pick up on and which ones are not.  So we can actually “hear” much more than we realize.  Horowitz pointed out though there is a vast difference between “hearing” and “listening.”  We “hear” a LOT, but we pay attention to comparatively very little. Again, we train ourselves to hear what we think is important and what is not.  He said, “listening, really listening, is hard when potential distractions are leaping into your ears every fifty-thousandth of a second.”[2]  It’s up to us to train our ears to listen to the things that are important. 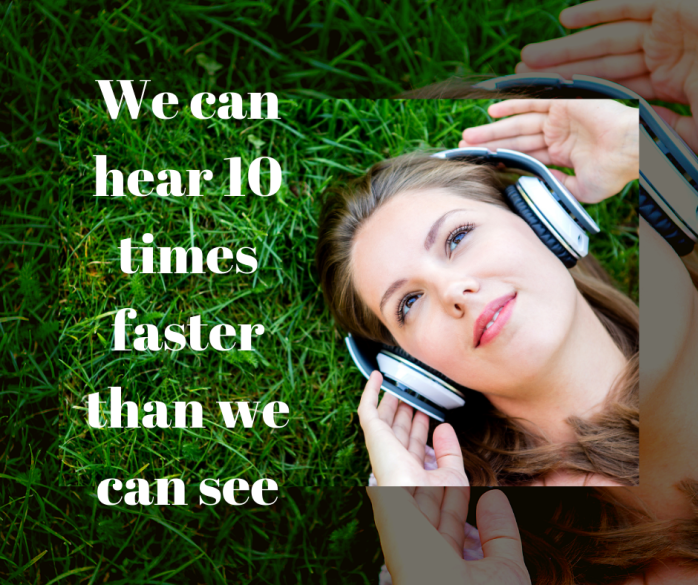 Too often we “hear” what we want and tune out what we don’t.

Think about our political climate today.  It’s astounding how people can completely ignore little things like facts and instead focus on fiction.  And how both sides of an argument would agree with that statement.  We truly do live in an era of “alternative facts.” If you have a Bible or a Bible app on your phone please go to Matthew 13 beginning with verse 10.  Matthew 13:10. It might seem worse today given our hyperaware social media cycle, but this kind of closed-minded thinking is not new. Jesus had the same thing happen to him.  Now right before this passage we are about to read, Jesus shares with the crowd some parables.  Matthew writes that such a large crowd gathered while Jesus was by the lake he actually had to go out in a boat so people could hear him.  Jesus tells the parable of the sower where he talks about how sharing the Gospel is like spreading seeds on the ground and how those seeds can fall into different types of soil.  At the end of this parable he closes with the phrase, “Whoever has ears, let them hear.”  Of course, Jesus means something much deeper than the literal meaning of this phrase.  If you’ll please rise and join me for the reading of the Gospel of Matthew, we’ll be sharing from Matthew 13:10-17.  Matthew 13:10-17.  Hear now the Word of God.

The disciples came to him and asked, “Why do you speak to the people in parables?”

11 He replied, “Because the knowledge of the secrets of the kingdom of heaven has been given to you, but not to them. 12 Whoever has will be given more, and they will have an abundance. Whoever does not have, even what they have will be taken from them. 13 This is why I speak to them in parables:

14 In them is fulfilled the prophecy of Isaiah:

16 But blessed are your eyes because they see, and your ears because they hear. 17 For truly I tell you, many prophets and righteous people longed to see what you see but did not see it, and to hear what you hear but did not hear it.

Do you have ears to hear?

Jesus points to the crowds, to the thousands of people who followed him just to listen to his teaching, and said even these people did not have “ears to hear.”  He told the disciples even prophets and righteous people, people we would normally associate with people who “get it,” even THESE people could not understand what Jesus was saying. It wasn’t simply a matter of following Jesus that opens up our mind to God’s Word or all of these thousands of people would have understood.  It had to be more than that.  We not only had to hear, but to truly listen.  We had to be fully present and to be willing to listen to what Jesus was saying to understand God’s work in our lives.

Perhaps a better interpretation of Jesus’ words would be “Whoever has ears to listen, let them listen.”

Because there is a big difference between hearing and listening.  Hearing is simply an auditory ability.  Listening is active engagement.  You can hear without ever listening.  Isn’t that true?  Most of us can probably remember at least one moment where we felt “unheard.”  Sometimes we do it to the people we even love the most. Just ask Cassie. I have to admit there are times I’m “hearing” her, but my mind is drifting somewhere else and I’m not really listening like I should.  I don’t mean to, but my mind is distracted with something else and I’m not focusing on what she has to say. If Cassie asked me to take out the trash…that might not register.  If Cassie asked me if I’d like to go to Disneyland, I’d remember that forever.  We listen to what is important to us, but not always what is important.   And that’s what Jesus is referring to in this passage.  Even among all the people gathered, many of them heard Jesus’ words but lacked understanding.  Not that Jesus was trying to trick them, but he was trying to convey deep truths that only those with an open heart for God could understand.  Often what Jesus was teaching was radically different than what the priests and the church leaders were teaching and on some gut level this appealed to the crowds.  But to fully understand what Christ was sharing meant we had to be actively listening, to process what Jesus was saying, and to take a step back to understand it.  When Christ says, “Whoever has will be given more…” he isn’t referring to material possessions but instead to understanding, truth, and peace.  It might be better to read it as “Whoever has ears to hear” or “Whoever has an open heart for God will be given more wisdom, peace, and understanding. Whoever does not have an open heart, even what peace and knowledge they do have will be taken from them.” The art of listening is truly a gift from God.

And it’s a gift that is available to us all.  What it takes is a still mind, an active presence, and a willingness to hold back from responding immediately.  Stephen Covey, the famous author, once wrote, “Most people do not listen with the intent to understand; they listen with the intent to reply.”  This is true not just with one another but with God.  How often is it that our prayers are filled with requests or pleas to God about what WE want and what WE need?  And how much of our prayer time is filled with us listening instead?  We spend so much time talking AT God and so little time actually listening TO God.  You might think, “Yeah, but God never talks back to me anyway.”  But I wonder if that’s really true or if we haven’t developed ears to hear or maybe we haven’t given God a chance to speak.  Now, I’m not saying God will respond the way you and I respond to each other, but haven’t you at times heard that still small voice in your head?  Haven’t you ever felt nudged to do something or say something and wonder where that came from?  When that still small voice gives us instruction that is aligned with God’s will how can we say that isn’t God?  And God can speak to us through his Word.  Have you ever been reading the Bible and found that even though you read the same passage three times already, you suddenly came away with a different understanding?  Couldn’t that be God?  And when you needed a word of encouragement or comfort and suddenly a friend calls up out of nowhere couldn’t that be God?  Perhaps it’s just that we haven’t developed ears to hear.  This week, practice the art of listening. Spend time in quiet prayer.  Start your prayers by simply being open to God’s presence instead of going down your laundry list of wants and needs.  Pray for God’s leading in your life.  And then take those listening skills out into the world and really listen to one another.  Imagine what might happen if we had the intent to really understand one another, even and maybe especially people who don’t think like we do.  Maybe we could better understand how to talk WITH one another instead of AT one another.  And maybe the world would be a place where we work together despite our differences to make things better.  Don’t listen with the intent to reply, listen with the intent to understand.  Someone once said, “God gave us two ears and one mouth for a reason.”  Perhaps we should listen twice as hard as we like to speak.

← No Room
What You Leave Behind… →