What do you like to do on your birthday?

Well, if you’re a little girl whose birthday happens to be in just a couple of days, you watch fireworks.  Cassie was born on July 7th and she told me that growing up, she imagined that 4th of July fireworks were done for her.  How cool to be a child and see this display of lights up in the sky and imagine it was all for you!  Everyone should be able to celebrate a birthday like that.  To have the world show its appreciation for you being a part of it.  One of her favorite birthdays was the time we went to Tokyo Disneyland.  We were on summer vacation and staying at the Tokyo Disneyland Hotel.  Knowing it was acast members in English said “Happy Birthday!” to her with a big smile and a bow.  She felt very special the whole day.  And of course, there were fireworks.  Birthdays are the best because it gives us the chance to celebrate how much someone means to us.  It’s the one time of the year when people are gathered to celebrate YOU!  And why shouldn’t they?  You are special.

But this weekend, as we remember the birthday of our country, we might not be feeling so joyous.

It might be hard to celebrate when so much seems to be going wrong with our country.  If in 1776 we were filled with joy and hope for a bright future, today we might wonder what happened?  Our country is more divided than ever.  There doesn’t seem to be any middle ground and the word “compromise” feels like a dirty word.  We are under the leadership of a President who believes he has never made a mistake, who routinely debases and belittles the people around him and the people of our country, and threatens the people of the country he is supposed to be leading with economic and military punishment.  What’s worse, he isn’t an outlier.  He might be an outlier among presidents, but if you simply look at the views of this country, he has plenty of support out there.  We like to think we are the greatest country in the world, but I’m reminded of that brilliant speech in the opening for the show The Newsroom where Will points out how far we are from that reality.  But I like how he ends that speech.  “We could be.”

Despite all the problems we have as a country, hope is still alive.

The ideals painted in the Declaration of Independence are still ideals worth striving for.  That we are endowed by our Creator with the inalienable rights of life, liberty, and the pursuit of happiness.  We just need to realize we aren’t there yet.  But just because we aren’t there doesn’t mean we should give up or that it’s hopeless.  We have indeed made great strides forward in the time between then and now.  Women have the right to vote.  Children are no longer abused for their labor.  And at least on paper we have equal protection under the law.  We look great on paper.  We just need to work on making that paper a reality.  Women are still only making about $0.80 to the dollar compared to men despite the 1963 Equal Pay Act.[1]  Children are still being abused and neglected, just in different ways.  According to the Department of Health and Human Services, about 678,000 children were victims of abuse or neglect in 2018 and that number has remained steady for the past five years.[2]  And that’s only the ones we know about.  And we only have to look at our TV screens to see that despite what is written down on paper, racial injustice is still alive and well in the United States.

But maybe more than ever we need to pause and give thanks.

It would be so easy to get caught up in all that is wrong that we forget how much we have to be grateful for, but gratitude helps to anchor us.  Gratitude makes it possible to endure the hardship, to know that our work is not fruitless, and despite the trials and tribulations we are working toward a better tomorrow.  Being grateful does not belittle our circumstances or ignore what is wrong, but gives us perspective and stops us from becoming bitter and angry which seems to be the path so much of the world is traveling these days.  Consider what Paul wrote to his fellow believers.

Now we ask you, brothers and sisters, to acknowledge those who work hard among you, who care for you in the Lord and who admonish you. 13 Hold them in the highest regard in love because of their work. Live in peace with each other. 14 And we urge you, brothers and sisters, warn those who are idle and disruptive, encourage the disheartened, help the weak, be patient with everyone. 15 Make sure that nobody pays back wrong for wrong, but always strive to do what is good for each other and for everyone else.

16 Rejoice always, 17 pray continually, 18 give thanks in all circumstances; for this is God’s will for you in Christ Jesus.

Rejoice always, pray continually, and give thanks in all circumstances.

This might have been Paul’s most inspirational piece and his most challenging at the same time.  To be clear, Paul wasn’t lounging on some beach on the Mediterranean when he wrote this.  He wasn’t downing pina coladas while soaking in the sun.  Paul was hard at work establishing the church at Corinth at the time, but felt that the church in Thessalonica needed some of his attention so he wrote this to encourage them and to give them some guidance.  Paul knew that being Christian meant having to endure persecution and ridicule, that there would be people – MANY people – resistant to these new ideas of love and acceptance.  And he knew there would be times when the people of the church would want to either give up or fight back with violence.  But that would have been the wrong path.  Not only would that be against the teachings of Christ, but it would get them nowhere.  Paul knew that in order for the early Christians to win the hearts and minds of the population, they had to rise above it.  That’s why he tells them to “encourage the disheartened, help the weak” and “be patient with everyone.”  Something you and I know isn’t easy for us to do – especially that last part.  Be patient with everyone.  It’s easy to be patient with those who think and act like we do, but it’s so hard to be patient with people who are ignorant or downright racist.  But tell me, when was the last time shouting insults at someone got them to conform.  When was the last time you attacked a person’s character and it made them step back and say, “Gosh, you’re right.  I’m a racist and I should change my ways.”  Changing someone’s attitude isn’t always possible, but where it is can’t be done by exchanging wrong for wrong.  We have to take the high ground and be better than that.  Otherwise, our hard work means nothing. 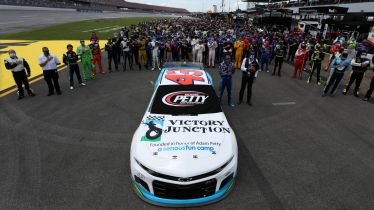 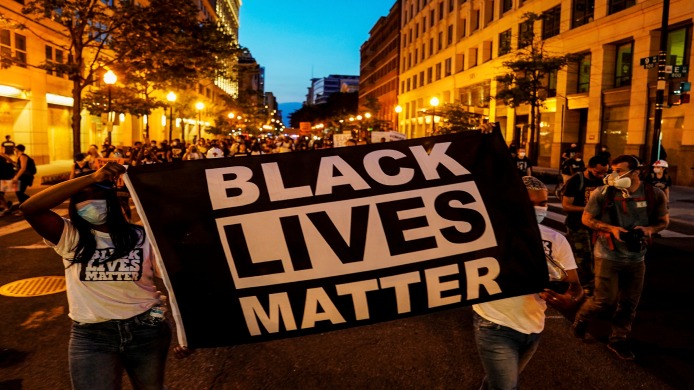 Protests across the country making a difference

Despite all of our flaws, I’m grateful to be an American.

Look at the sham elections they just had in Russia where basically Putin gets to be President for life.  Or the people of Hong Kong who suddenly had all of their freedoms squashed when China decided to ignore their treaty with Great Britain. Or the people of North Korea who live in a dictatorial state that doesn’t even pretend to offer its citizens freedom.  Again, that doesn’t mean we don’t have problems.  According to Freedom House, we are ranked 51st out of the 87 countries deemed to be “free” in the world today.[3]  Pretty low for a country that claims to be the Home of the Free and the Land of the Brave.  But we have opportunities for change that are even now beginning to sprout new roots.  The protests against social injustice have already made a real impact on our country, forcing us to take a hard look at ourselves in light of the number of tragedies across the United States.  George Floyd.  Ahmaud Arbury.  Breonna Taylor.  These are by far not the only victims of tragedy due to systemic racism, but have been the catalyst for us to be awakened to how far removed we are from the ideal we hope to be.  The protests spanning the entire country have heightened our awareness of racial disparity and has brought about actual change.  NASCAR banned the Confederate flag at its races.  Mississippi finally removed the Confederate symbol from its state flag.  And legislatures are making real reforms to how they handle policing efforts across the country.

You may not feel like celebrating, but we can certainly count our blessings.

Things in our country have seemed more hopeful in the past month than they have for a long time.  Three plus years to be exact.  The Supreme Court has made a series of surprising but hopeful and uplifting decisions.  They upheld DACA, supported the rights of the LGBTQ community, and even held firm on the pro-choice movement.  Despite President Trump’s ignorance of the facts, governors across the country are finally starting to mandate mask-wearing and even started to roll back or at least halt some of the privileges of a more open society.  Awareness of racial injustice is growing and at least forcing us to look in the mirror at some of the ways we have perpetuated these systems of injustice through our language, our actions, and our assumptions.  And while we are far from completing the journey, we are starting to remove the roadblocks of our own ignorance that have been blinding us for so long.

Birthdays are a time to thank God for the blessings in our life.

When we celebrate Cassie’s 29th birthday again for the 22nd time in two days, I will have a lot to be thankful for – for the life we have carved out together, for the experiences we have shared as a family, for the birth of our daughters, for her love and support, and for never needing to learn how to install a garbage disposal!  And while our life isn’t perfect, that doesn’t stop me from being grateful for what we do have and how much I am looking forward to an even brighter future.  The same is true for our country.  I had a hard time thinking about what it means to celebrate Independence Day and what that means for our church.  But we’re not celebrating the state of things as they are, but what we hope they could be.  We’re not uplifting ourselves as a bastion of all that’s right in the world, but instead giving thanks for our forefathers who came before so that we might have the freedoms we possess today.  But make no mistake.  That freedom is not equal.  We still have a lot of work to do.  But with God’s help, we will keep marching forward to that day that Martin Luther King shared with us all, the day when we can truly say, “Free at last!  Free at last!  Thank God Almighty we are free at last!”  In the name of the Father and of the Son and of the Holy Spirit.  Amen.

[1] https://www.business.org/finance/benefits/gender-pay-gap/  Note: CA is the best in the country at bridging the gender pay gap at $0.88 to the dollar and has narrowed the gap by 4.6% much higher than the national average of 2.6%.

← Fishing With Dad
Life Is A Team Sport →