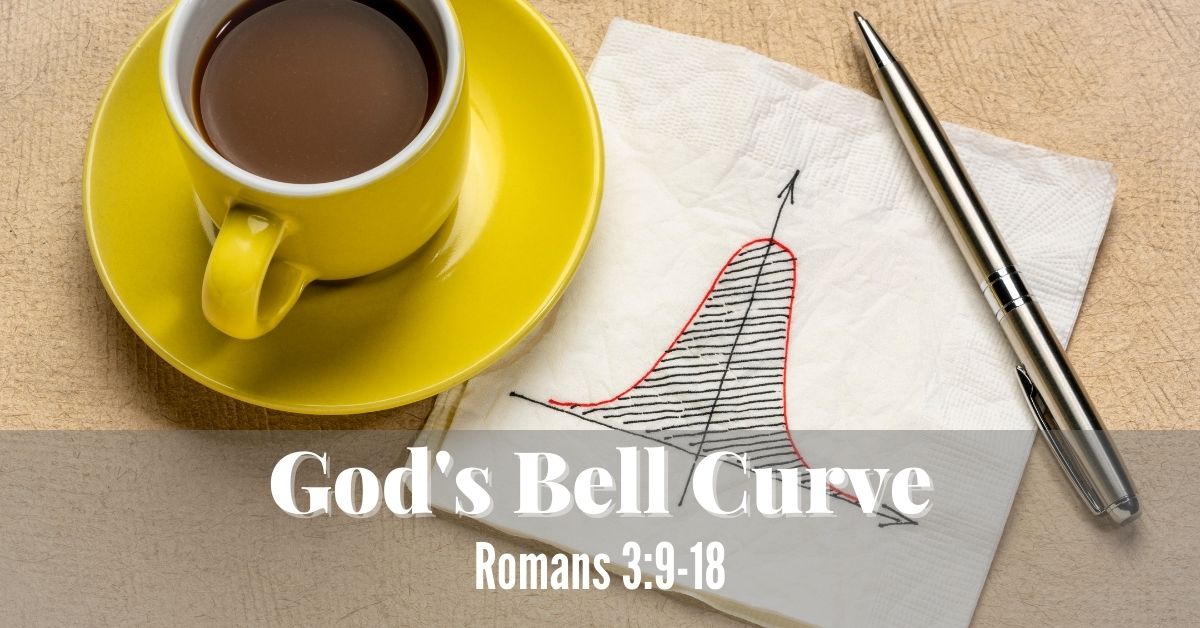 Or at least it was supposed to.  Once again, we avoided a long-prophesied disaster!  How do we do it?  There are tons of doomsday prophecies out there, but this one got some serious attention.  They even made a movie about it.  According to the legend, December 21st, 2012 coincided with the end of the Mayan calendar which was going to trigger a massive apocalypse.  Many different theories emerged about how that was going to happen.  Some believed the gravitational effects of an alignment between the Sun and a massive super black hole would rip the earth apart.  Some believed the Earth’s magnetic poles would suddenly be reversed, releasing energy equal to 100 billion atomic bombs.  And some believed the mysterious planet Nibiru would come crashing into our planet.[1]  Needless to say, none of those things happened.  But “end of the world” hypotheses are a dime a dozen.  Everyone from Pat Robertson to Pope Innocent III back in 1284 has predicted the Earth’s demise. Sir Isaac Newton, yes the gravity guy, predicted the end of the Earth would happen in the year 2060 and he based his prediction on Biblical Scripture.[2]  The end of the world has special significance for Christians because it’s linked to the return of Christ.  Some believe prior to Jesus’ return, God’s chosen people will be taken up to Heaven in an event called the Rapture where literally people will simply disappear.  There was even a service that would take care of your pets in case you were taken.  It was called Eternal Earthbound Pets USA and they were a group of loving atheists who, for the small fee of $135 dollars to cover travel costs, would take care of your pet in case of rapture.[3]  You know, in case God didn’t take pets. You could rest easy knowing your pet would be well taken care of by a loving atheist.[4]  Whether you believe in end-of-the-world prophecies or not, they do make us think about two things: Where will you go and how do you know?[5]  Where will you go when you die and how do you know you’re going there?

Maybe it’s because we are afraid.  Maybe it’s because we don’t really know the answer. But it’s two of the most important questions we could ask because the answer affects how we live our life, both this one and the one after.  Now, it could also be we don’t think about it much because we are pretty confident about where we are headed.  According to an ABC News poll done in 2005, about 89% of people believe in Heaven and 85% of people believe they are going there.[6]  Why are they so sure?  It is tied to the belief that good people go to Heaven and most people think they are good.  And to be honest, it’s a premise that makes sense.  I mean if you live a good life and you do good things then you’ve earned a spot, right?  We tend to believe that rule applies to just about everyone, whether or not they are Christian.  We figure good is good no matter what your religion and God would recognize that, but there are some real problems with that assumption.

First of all, how good is good enough?

That’s the question Andy Stanley asks in his book of the same title.  How good is good enough?  What level do we need to achieve to make it into Heaven?  Believe it or not God doesn’t tell us.  You would think for something as important as this, God would have told somebody or written it down somewhere, but nowhere does God tell us what qualifies as “good enough.”  In our heads we have sort of a cosmic balance sheet going on with a running total of good things we’ve done and bad things we’ve done and we feel that as long as we’re in the plus column, we’ll be okay.  But is that true?  I mean, what’s the percentage?  Do you have to be 51% good, you know just barely tip the scales in your favor?  Or is it higher, because on most tests 51% would be a failing grade. Is it 70%?  If you’re good 70% of the time do you pass? And if we’re all bad anyway, does God grade on a curve?  I mean maybe 70% is too hard for most of us to achieve. “Okay, everyone above this percentage, you all get in.  Sorry 59%.  The cut off was 60%.”  When you take a test at the DMV you know they’re not letting you behind the wheel with a score lower than 70% and considering how bad some drivers are on the road, maybe they should raise that score.  Seems 70% is too lax.  But at least you know.  Surely God is more fair than the DMV.  But he doesn’t tell us anywhere how “good” we have to be.

Some would argue God gives us an internal barometer of right and wrong.

That we can use that to determine how good we are.  But how reliable is that barometer?  Some things are pretty obvious. Everyone knows it’s wrong to cheat, steal, lie, and kill.  We would argue people sort of instinctually know that across all cultural boundaries.  But do they?  Are there times when we lie to save someone’s feelings?  We don’t seem to have any problem killing animals for food, but in some cultures they eat animals we would never think of eating like dogs.  Is it okay to kill them or raise them for food?  Our perceptions of right and wrong don’t just differ culturally, but also across time. We’ve labeled everything from being a woman, to being dark-skinned, to being left-handed as bad, evil, or wrong at some point. In the 2000 years Christianity has been around it was only in the last 50 interracial marriage became widely acceptable, and still there are hold outs who haven’t come around.  When I was living in Georgia, my friend Jon mentioned he didn’t go to church anymore and it was the “anymore” that caught my attention.  I asked him about it and he looked at me, pointed to a mixed race couple sitting a few tables away from us and said, “If they walked into your church and asked you to marry them, what would you say?”  I told him, “I’d say that was fine.  Why wouldn’t I?”  But I already suspected the answer.  He told me a friend of his who was black wanted to marry a woman who was white.  When they went to her pastor to ask him to perform the ceremony, he told her he wouldn’t do it because it was “an abomination in God’s eyes.”  Jon said, “And after that, I wouldn’t step foot in a church.”  What we believe is right and wrong isn’t even consistent within cultures let alone between cultures or across time.  So how reliable is our internal barometer?

You might say, “Well, at least we can rely on the Bible to tell us what God considers good.”

But let’s look at what God says about us and about his standard of being good.  In this letter, Paul addresses a perception among the Jewish Christians that they are somehow a step up or more advantaged than the Gentiles because of their heritage and Paul brings them back down to Earth.  He tells them because they ARE Jewish not only do they not have a step up, but they have a greater responsibility toward the law than the Gentiles do.  He tells them that just because by birth they are part of God’s chosen people does not make them any different than the Gentiles who have accepted Christ as their savior because both are equally unrighteous.  And that’s where we pick up in our reading today.

What shall we conclude then? Do we have any advantage? Not at all! For we have already made the charge that Jews and Gentiles alike are all under the power of sin. 10 As it is written:

The Word of God for the people of God and the people said, “Thanks be to God.”

There is no one righteous.  Not even one.

Not Jewish or Roman or Greek. Not Mother Theresa.  Not Billy Graham.  Not the Pope.  Paul is trying to impress upon us we are flawed.  None of us can escape the fact we are sinners.  At one time or another each of us has done something that would disappoint God and that something drives a wedge between us and God.  You might think, “Yeah, but I’ve never done anything THAT bad.  Sure I might not be perfect, but it’s not like I’m a killer or anything.”  But that is God’s standard.  Perfection.  Jesus tells us that himself in the Sermon on the Mount.  He tells the crowds, “Be perfect, therefore, as your heavenly Father is perfect (Matthew 5:48).”  That’s why no one can live up to the standard that good people go to Heaven because the standard is just too tough.

So how do we know?

How do we know how good is good enough?  If we can’t tell from God’s word, if we can’t use our own internal compass or barometer, and if we can’t even use the Bible, then how do we know how good is good enough?  And that’s what God is challenging us to think about today.  Despite all the predictions, the world isn’t likely to end any time soon, but we should still keep in mind those two eternal questions – where do you go and how do you know?  As we talked about today, the assumption good people go to heaven is riddled with difficulty.  So what can we believe in then?  Here’s something Andy Stanley wrote, “Good people don’t go to Heaven. Forgiven people do.”  We’ll talk more about that next week.  But for today, let us come to the realization no matter how “good” we are, we are not perfect. We all need forgiveness. Thankfully we worship a forgiving God who gives us hope in Christ for something more than this life.  In the name of the Father and of the Son and of the Holy Spirit.  Amen.

[4] Unfortunately, they didn’t get enough business and had to close up shop.

[5] I’m pretty sure I heard Andy Stanley share this phrase either in his sermon or his book How Good Is Good Enough?