I’ll never forget the time I got to see Mikhail Baryshnikov dance in person.

He was with the White Oak Dance Project, which was a modern dance company he founded.  The year was about 1995 and they were doing a series of four dances, only one of which Baryshnikov himself was in.  He was already 47 or 48 years old at the time, and I wondered what I would see.  Most of the dancers on the stage were much younger than him, about 20 to 25.  Would he still be able to keep up with the other dancers, or would he be a sort of pale version of his former self?  I guess I was about to find out. The first three acts were admittedly kind of dull.  Maybe if you were a modern dance enthusiast you would have appreciated the performance, but I thought it was pretty boring.  Had it not been for the fact that I had a crush on the girl who I took to the performance, I probably would have fallen asleep.  But then I would have missed Baryshnikov.  When he took the stage, he completely captured the attention of everyone in the room.  He danced circles around the kids who were nearly half his age.  It was as if they were props in a dance routine made just for him.  I’d never seen anyone move like that before or since.  If there was anyone who epitomized grace, it would have been him.

Funny thing about that word “grace” though.

It’s used in so many different ways.  When I share with you the grace that Baryshnikov showed that night, you all know exactly what I mean.  But if we were talking about Mark McGwire’s fall from grace over his steroid use, you’d know what that meant too even though they are completely different definitions.  We say grace over a meal.  The credit card company offers us a grace period to pay our bills. A person shows grace by admitting to their faults.  So what does this word really mean?  And what does it mean to talk about the grace of God?  For anyone who’s been in church for any length of time, you know we talk constantly about God’s grace, but this is another one of those church words that gets thrown out there without any real explanation of what it means. We don’t do a good job of letting people know what grace IS.  Many of us assume that everyone knows what we’re talking about, but with so many different interpretations of grace, what do we really mean?  Our passage from John will help us shed a little light on the subject.  If you would please rise for the reading of the Gospel according to John 1:9-18.  Hear now the Word of God.

9 The true light that gives light to everyone was coming into the world. 10 He was in the world, and though the world was made through him, the world did not recognize him. 11 He came to that which was his own, but his own did not receive him. 12 Yet to all who did receive him, to those who believed in his name, he gave the right to become children of God— 13 children born not of natural descent, nor of human decision or a husband’s will, but born of God.

14 The Word became flesh and made his dwelling among us. We have seen his glory, the glory of the one and only Son, who came from the Father, full of grace and truth.

15 (John testified concerning him. He cried out, saying, “This is the one I spoke about when I said, ‘He who comes after me has surpassed me because he was before me.’”) 16 Out of his fullness we have all received grace in place of grace already given. 17 For the law was given through Moses; grace and truth came through Jesus Christ. 18 No one has ever seen God, but the one and only Son, who is himself God and is in closest relationship with the Father, has made him known. – John 1:9-18

The first part of the passage, sets up the last.

But let’s not mistake grace for mercy.

Grace and mercy are two totally different things.  We often pair the two words together, mostly because they go hand-in-hand, but they have very different meanings.  As one writer put it, “Mercy withholds a punishment we deserve; grace gives a blessing we don’t deserve.”[1]  Mercy withholds a punishment we deserve; grace gives a blessing we don’t deserve. That’s what makes the grace of God so amazing.  It’s more than simply God not punishing us for what we’ve done, but then God takes it to a whole other level!  God offers us salvation!  By that we mean that God offers us an opportunity to not only wipe our slate clean of our sins, but to ask us to join him in Heaven when we pass from this Earth.  He asks us to reenter into paradise even though we don’t deserve it.  THAT is the God we follow.  Everything else pales in comparison.  I like what Andy Stanley said here about grace.  Andy Stanley is the lead pastor of North Point Community Church out in Georgia and he’s a very prolific author, and in his book on grace he says, “To say that someone deserves grace is a contradiction in terms.  You can no more deserve grace than you can plan you own surprise party…the minute you think you deserve it, the it you think you deserve is no longer grace.  It is something you have earned.  But grace can’t be earned.”[2]  That’s the whole point.  That grace can’t be earned.

The reason so many people are opposed to the church is that we often don’t extend that grace ourselves. 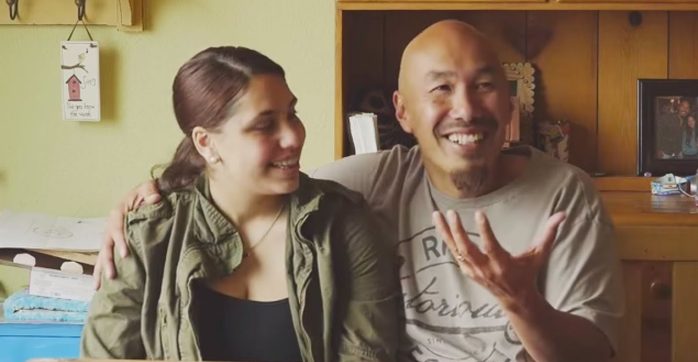 One of my favorite stories of grace comes from Francis Chan.

He’s another pastor and writer and I was at a conference where he gave this tremendous story about grace.  It was about his daughter.  His daughter had done poorly on a test.  She had gotten a “C” and I love the way he described it.  He said, “It’s like getting an Asian ‘F.’ Asian kids aren’t supposed to get “C’s.”  So his daughter’s friends were asking her, “So what’s he going to do to you?”  “What’s he going to do to you?” as if he was going to take her out behind the woodshed or something.  So when he picked her up from school that afternoon, she got in the car and told him about the grade.  And instead of getting mad, or getting upset, or giving her a punishment, he said, “Okay.  Let’s go get some ice cream.”  Instead of punishing her or lecturing her as she felt she deserved, he not only forgave her, but then added on top of that the ice cream!  The next day at school when she told her friends about what had happened, the other kids all said, “I wish I had your dad.” This week, I want to challenge you to show the grace of God to someone in your life.  Someone who maybe deserves your wrath, your anger, or your justice, like the guy who cuts you off on the highway or the knucklehead who gets your coffee order wrong or maybe one of your kids or your spouse who makes a mistake that maybe they should have known better.  Instead of giving them “justice,” not only show them mercy but extend to them God’s grace.  Go above and beyond what’s needed or expected to do something out of kindness and love and thereby passing the grace of God forward.  Sometimes we are like Francis Chan and we are put in situations where we can show justice, mercy, or grace, and it’s up to us to choose.  Any of those things would be technically right, but only one is going to make people say, “I wish I had your dad.”  Some times we need to share about the grace of God with others so that they CAN say that and realize that the Dad we have in Heaven is a pretty awesome dad indeed.